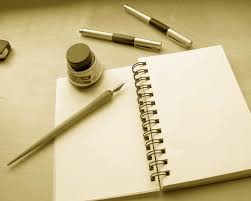 Don’t forget — no one else sees the world the way you do, so no one else can tell the stories that you have to tell.-– Charles de Lint

Several years ago, early into my fiction workshop at VONA, our facilitator expressed a similar sentiment. He started the discussion: “Why are you the one who is writing this story?”

A quick glance around the table showed me that most of us in the room wore the same puzzled expression. The answers varied from “I don’t know, it just sounded cool” to “this is the story of my family” or “I want people to know about this issue”.

I was the 6th or 7th person to be called upon and by the time Chris Abani got to me, I was still no closer to knowing just how I would answer. I decided not to try to bullshit my way through. “I don’t know, these two ladies just sort of came to me one day and would not shut up until I recorded their story.”

“But why you? Why are you the one to tell their story?” Chris was pushing, just as he had everyone else before me. I felt heat flush my face and a queasiness in my stomach as I fought the urge to snap at him.

“Chris,” I said, forcing a confident smile. “I’m not writing a memoir or a political essay or a nonfiction biography. I write commercial fiction, mysteries, suspense. Mama Lou and Ethel Mae are fun and they have great adventures solving crimes. People bring them their problems. Most of the time, it involves someone who’s dead or about to get that way. I like to kill people in my stories. It keeps me sane.”

I felt my tension ease at the laughter that erupted from my peers and was confident that he would move on to the next person, but Chris’s intense gaze never faltered.

“It doesn’t matter what genre you write,” Chris said over the mirth. “You’re not the first person to write a mystery series featuring elderly sleuths. So, why tell it? We’ve read these stories a hundred times.”

“But you haven’t read MY story,” I insisted. “Mama Lou and Ethel Mae are unique because . . .” I spent a minute or two expressing what I loved about these two characters and why I was certain the world was just waiting for the opportunity to meet them. Chris watched me closely, without interruption, his gaze still intense and probing.

My voice trailed away as heat pulsed behind my eyes. I swallowed and forced air in my lungs. People who know me well know I’m a damned cry baby but I was determined that I would not shed even one tear. This was not fuckin’ group therapy for heaven’s sake, it was a professional writing workshop and if this dude made me cry, I was going to be really angry and I was going to ditch every class from that point forward and spend the rest of my time in Miami at South Beach in a bikini!

The room was deadly quiet except for the occasional sniffle made by one of my peers he had already broken down. Later, when I would recall this moment, I would challenge myself and question why he was able to push my buttons. Anger, frustration, even feared warred within me and this stranger had done it in less than five minutes.

And I would be honest and confess that I did not like having strangers SEE my buttons much less PUSH them at will. I am a private neurotic. I didn’t like having a mirror held up to me, showing how much of myself was  revealed in my writing despite the distance I thought I had just making up fun characters in my head. It was all there, my personal strengths and weaknesses, my insecurities and angst. It was like that time in the 7th grade when I got my period and walked around the entire school in soiled, skin-tight white jeans. I especially didn’t like having the boy I was crushing on to point that out to me.

“Your characters are you. They develop out of your experiences, history, personality, desires. There is a reason why you choose to write about two eighty year old black women in the South. These women are powerful in an understated, no-nonsense kind of way. Everyone around them recognizes it. That’s why the community takes their problems to them. They are female, black, and elderly . . . factors that in our society are frequently overlooked, undervalued and certainly underestimated but YOU create them to show the world that they are still valuable.”

Chris’s voice softened and the glossy sheen in his eyes spilled over and rolled slowly down his cheeks. “Your writing reflects your need to be strong and valued.”

After I got through snotting, along with everyone else in my group, I considered what he was trying to tell us. The genre in which we write is irrelevant, as he said. Good writing comes from a writer’s willingness to be transparent on the page. Not in a navel-gazing, false-suffering (Chris-ism) sort of way but in a way that adds emotional honesty and allows the reader to connect and share the  experience.

Not everyone who reads The Misadventures of Mama Lou are elderly, female and black. I’m two out of three but I have close relationships with several of my elders and this helps me estimate their decision making. I may have a reader who meets none of these demographics but may still be able to relate to the need for acceptance or has had to cheer for the underdog.

They say there is nothing new under the sun and every story has been told before and I suppose to some extent that is true, there are themes and premises that tend to repeat in storytelling. Still, as Mr. de Lint says at the top of this piece, no one can tell a story like you.

Before I go, Voices of Our Nations Arts (VONA) is now accepting applications for their 2016 summer workshops in Miami. VONA is the only multi-genre workshop for writers of color in the nation, bringing writers of color from the margins to a community where their work is centralized and honored. Do yourself a favor and apply here.